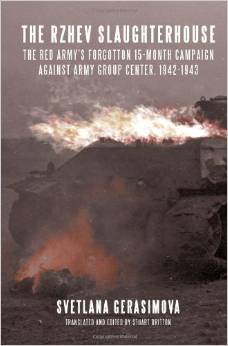 Month Campaign Against Army Group Center, 1942-1943
Author: Svetlana Gerasimova
ISBN: 9-781-908-91651-8
Pages: 269
Publisher: Helion Publishing
Photos/Maps: 113/ 8 (colour)
Ms Gerasimova represents a relatively new wave of Russian historians that have taken advantage of the loosening of restrictions placed upon Russian military records and archives. Thus we are seeing the publishing of a series of books pertaining to Soviet operations during Operation Barbarossa that are primarily drafted from the Soviet perspective. Up until now, histories of the Russo-German War have predominately been from the German viewpoint with the associated perceptions that have resulted. Additionally, despite the fact that Russia has subsequently tightened up the regulations, Russian historians are now much more free to be critical in their analysis.
Gerasimova's work outlines the Soviet efforts to encircle and destroy the German Army Group Center following the German retreat after the Battle of Moscow (from October, 1941 to January, 1942). While the author provides an outstanding synopsis of the conflict as it raged across a relatively small geographic area, where the real strength of this narrative lies is in her evaluation of the effectiveness of the Soviet command staff. She is blunt and direct in her criticism of the failure of the Soviets to take advantage of opportunities and the glaring failures of the staff across both the spectrum of operations and support as well as planning and execution.
This ongoing battle has been overshadowed for the most part by the German Plan Blau and the Battle of Stalingrad. For that reason, and the reticence of the Soviet Union to release information on the conflict, the scope and violence of Rzhev has never been fully appreciated. As Gerasimova points out, even today German and Russian casualties are only able to be estimated (although the German figures are considered to be much more accurate). Conservatively, she states that approximately 330,000 German's and over 2 million Russian's were casualties in this campaign.
From a strategic perspective the Rzhev saliant presented both the Soviets and Germans with key opportunities that resulted in highly focused attention being given to the area by the respective National leaders. Rzhev was, for the Russians, a continuing threat to Moscow and for the Germans, not only a stepping stone to the Soviet capital (offensively) but also a potential line of advance on Berlin for Russian forces. For these reasons, massive resources were thrown into the fray by each side.
The quality of the translation from its original Russian is very high although there is the odd awkward sentence. This does not, however, take away from the overall flow of the narrative. The production value of the book itself is also extremely high. Gerasimova provides an outstanding bibliography of primary and secondary source material as well as extensive appendices of Stavka (Soviet Supreme HQ) orders and directives. Unfortunately, Russia has still not released key documents from the strategic level Stavka discussions that, as Gerasimova points out, further clarify and enhance any scholarly work on this subject.
Overall, this is an outstanding piece of historical research worthy of any library or collection. It provides valuable insight into the Soviet war leadership and operational execution. Her work is very balanced and insightful. The Rzhev campaign was a slaughter in every sense of the word. Survivors from both sides recalled the fighting years later as the worst they had experienced at any time throughout the war. The Germans may be considered the victors as they were not defeated and withdrew from the salient of their own accord in March, 1943 but the cost was very high. The Soviets, for their part, proved themselves determined and aggressive adversaries that would bode ill for the Germans in the coming years.
Posted by Chris Buckham at 11:52 No comments:

Out of the Mountains: The Coming Age of the Urban Guerrilla - David Kilcullen

Title: Out of the Mountains: The Coming Age of the Urban 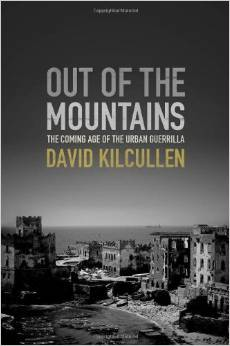 
This is an outstanding book relating to the future of non-traditional (asymmetric) warfare. Kilcullen draws upon extensive firsthand experience as well as copious amounts of primary source discussion and material to map out his view on the changing nature of war. Focusing upon four main themes: population growth, urbanization, littoralization and connectedness, he concisely and clearly identifies the impact of demographic and technological change on how the future asymmetric threat will manifest itself. A must read for any who have a role in urban and military planning and development.

Posted by Chris Buckham at 10:59 No comments: 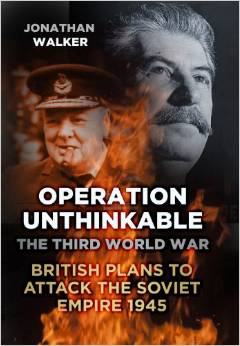 
Jonathan Walker has written a gem of a book with his work “Operation Unthinkable”. Drawing upon copious amounts of unpublished and primary source documents, he has traced the political and diplomatic shark tank that was the relationship between the three great powers in the final days of WW2. What is most surprising is the degree of naivety of the United States regarding the intentions of the Soviets. Churchill's efforts to raise awareness of the intentions of the Soviets are met with indifference and mistrust until the 11th hour. Walker has painted an engaging and sobering portrait of a struggle between ‘allies’ and the desperate plan drafted at the direction of Churchill. Very highly recommended.
Posted by Chris Buckham at 10:56 No comments: