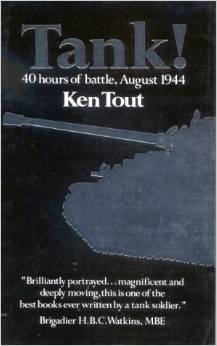 Ken Tout has written a poignant and moving book about the psychological and physical challenges of tank combat during the Second World War. His book is set in Normandy shortly after the invasion and is focused on the experiences on one crew during a period of 40 hrs of intense operations and combat against a determined and experienced adversary. While it is historical fiction, it represents an amalgam of the soldiers and comrades that Tout served with during his time as a tanker in the 1st Northamptonshire Yeomanry.

Tout’s writing style is direct and compassionate. One is drawn into the characters and the sense of ‘being there’ is quite profound. The reader is exposed to the emotional trauma of fighting within the hedgerows of the Normandy countryside, to the stress of waiting for combat, of the drama listening to one’s peers engage and burn and of having to recover their remains. Of particular note is the appreciation one begins to feel of the physical and psychological exhaustion of maintaining constant vigilance in the close confines of a Sherman tank desperately trying to see the enemy before he sees you.

Tout is a magnificent writer in the same class as Guy Sajer (The Forgotten Soldier). He has a profound gift for giving life and depth to his characters. His narrative underscores the coping mechanisms that soldiers everywhere fall back on to overcome the sheer terror and monotony of war; the black humour, intense comradeship and the drawing upon the strength of others to augment when your courage may be flagging. Indeed, Tout’s characters are intensely human, vulnerable and average by the standards of their peers in similar situations but are seen to overcome unimaginable conditions when held up against those who have never experienced combat.

What I also enjoyed about the book was the way in which the reader is given an appreciation of what it takes to run, manage and maintain a tank in operations. Notwithstanding the mental stress of the job, the physical demands are incredible: loading, engine maintenance, track changing and general maintenance on the tank is simply hard and grinding work. Also, the crews personal needs such as eating, sleeping and going to the bathroom require coordination and unique approaches, skills developed only by men in combat.

Tout speaks of the Sherman tank in the language of the tankers that crewed and fought them. A ‘Ronson’ was a famous lighter company of the period and, as the Sherman was gasoline driven as opposed to the German diesel, it had a tendency to burn quickly and intensely thus giving the crew little time to evacuate. Therefore, in the gallows humour of soldiers universally, a burning Sherman was known as a Ronson.

Tout’s book represents a vivid recreation of the life within a Sherman tank during operations in the Normandy countryside. He has a remarkable ability to engage the reader and provide insight into the human condition in an insane environment. This book should be mandatory reading for any aspiring soldier or leader. I highly recommend it.

Posted by Chris Buckham at 16:47 No comments: 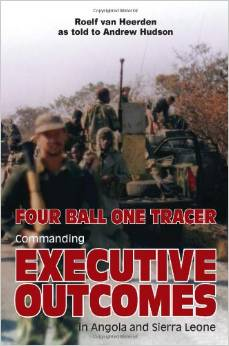 Author: Roelf van Heerden
ISBN: 978-1-907-67776-2
Publisher: Helion and Co
EO played a role in the annals of modern African history that reads like an adventure novel. A mercenary force available to those willing and able to pay; van Heerden ran his organization with discipline and professionalism. His book reads very well in a forthright and direct manner. He is unapologetic for his actions but, conversely, he does not glorify nor unduly enhance his experiences. This book acted as an eye-opener for me as it shed light on a subject traditionally served by rumour and innuendo. A concisely written, in-depth study of the politics and realities of post-colonial Africa and the role that non-state actors played on that continent. Well recommended.
Posted by Chris Buckham at 13:33 No comments:

Shadows of a Forgotten Past: To the Edge with the Rhodesian SAS and the Selous Scouts - Paul French 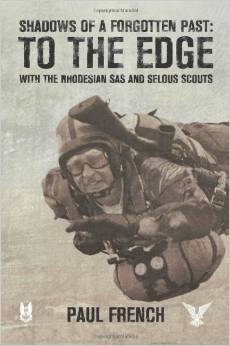 Title: Shadows of a Forgotten Past: To The Edge with the Rhodesian SAS and Selous Scouts
Author: Paul French
ISBN: 978-1-908-91660-0
Publisher: Helion and Co


Paul French is not a professional writer and he readily admits that the original manuscript of this book was intended for his family only. He is; however, a soldier with a vast amount of experience ranging from the British SAS, Rhodesian SAS, Selous Scouts, the SADF’s 6 Commando and a private security organization (Iraq, Angola and more). This book essentially is a series of stories and reminiscences about his experiences; some frightening, humorous and sobering. While a little broken in flow, it is a reasonable read with notable insight into some of the challenges of operating in the African “special forces” environment.
Posted by Chris Buckham at 13:30 No comments: 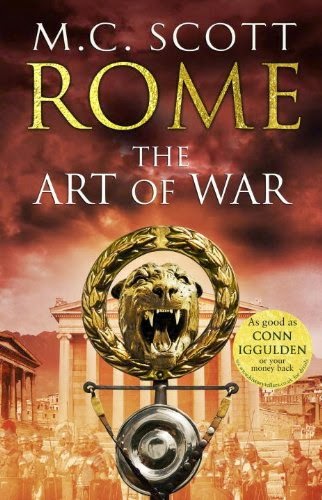 Title: Rome: The Art of War
Author: M.C. Scott
ISBN: 978-0-593-06546-4
Publisher: Bantam Press
MC Scott’s book is historical fiction at its finest. With a outstanding tradition for excellence in historical writing earned through her previous Rome books and the Boudica series, Scott continues to impress with her comprehensive research and engaging style. This book continues the adventures of the spy Pantera embroiled in the dangers of Rome during the “Year of the Four Emperors”. The storyline is complex and taut; it captures the imagination and continues to twist and turn right to the last page. Very highly recommended for all regardless of your interest in Roman history; a great read.
Posted by Chris Buckham at 13:28 No comments:

This Kind of War - T.R. Fehrenbach

Title: This Kind of War 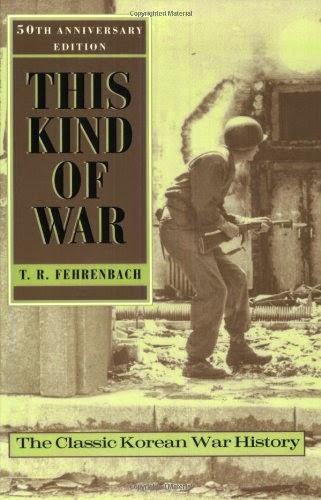 Col (Ret’d) Fehrenbach’s book traces the scope of the Korean war; commencing with an outline of the history of the initial partition to the final armistice.  He not only provides an in depth explanation of the war itself but also incorporates the international situation and its effects upon the ongoing conflict and its outcomes.

This edition of the book provides detailed maps and timelines associated with the significant events of the war. This is very helpful as the first half of the conflict was characterized by a massive war of operational movement up and down the peninsula while the second half was one of relative stagnation.

His writing style is not technical in nature and is very accessible to the average reader. His focus is primarily on the US and ROK (Republic of Korea) and their experiences during the war. The other allied forces involved in the conflict receive little to no mention. He easily transitions from the tactical to the strategic view of operations thereby providing the reader with a clear understanding of the complexity and uniqueness of the fight. An excellent example being the uprising associated with the North Korean and Chinese POW’s held on the island of Koje off of the southern tip of South Korea. The degree of naiveté shown by the Allied (predominately US) forces charged with managing and administering these prisoners was staggering; especially in light of the fact that the experiences of WW2 were so recent. Fehrenbach not only adroitly outlines the situation but delves into the root causes that enabled the uprising and its outcome.

Fehrenbach makes a concerted effort to highlight the challenges of the individual soldiers (from senior officers to privates) engaged in the fighting. He does not hold back criticism (backed by fact) where warranted and his narrative displays the US army as a reflection of the post World War 2 society; warts and all. His writing does wander into a bit of ‘pulpit thumping’ from time to time however, while a little distracting, this does not adversely affect the overall narrative flow.

This was not a hard book to read and is an excellent starting point for anyone interested in a overall exposure to the Korean War. This war, coming on the heels of the Second World War, has often been dismissed (even being called a police action) as a minor engagement; far from it.  This was a massive conflict that in terms of geography was much smaller than other major conflicts but was nevertheless, as intense and devastating as any that had been fought in the 20th century. It also heralded a new age of conflict within the auspices of the UN, a dawning of Asian pride and the superpower power struggles. I learned a great deal and came away with a much better understanding of some of the unique complexities associated with operations during this period and in this environment. I recommend it and would suggest that it be used a spring board to other more focused books on the Korean War.
Posted by Chris Buckham at 13:44 No comments: